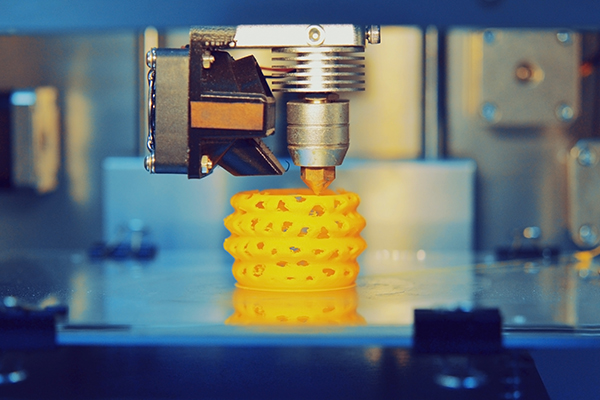 2017 was a great year for the global 3D printing industry as a whole, with explosive growth and development in many sectors. While many 3D printing experts have been predicting this kind of growth for years now, it took a specific combination of events and developments to drive the boom that occurred last year.

Understanding what caused the 3D printing market to grow so quickly around the world could help you predict the next similar boom, whether you’re a subcontracting supplier of 3D printing services or a company that relies on them.

According to the Wohlers Report that tracks annual growth and development in the global 3D printing market, the industry as a whole reached a record-breaking $7.336 billion in revenue over the course of 2017. This was a 21 percent growth over the $6.063 billion in revenue reported for 2016, and that’s one of the highest growth rates the 3D printing industry has experienced in the last few years. Considering that additive manufacturing and 3D printing have been a part of industrial and manufacturing processes for less than a decade now, it’s clear that we can expect 3D printing to continue growing at great rates over the next few years.

Another reason that 2017 was such a big year for 3D printing was because industrial machines were finally catching up to some of the demands and requirements of manufacturers. For example, metal additive printing saw tremendous development over the course of the year, with dozens of new sinterizing and powder application printers coming onto the market all within the same 12 month time frame. 3D printing equipment, regardless of the material printed, also continue to get bigger and bigger to allow larger items to be manufactured in one piece for speed, durability, and cost savings.

A change in terminology is often what triggers greater acceptance and interest in a new technique or process. This is proving to be true for 3D printing as well as companies involved in the industrial side who have started using the term additive manufacturing.

Many manufacturing and design companies associate the 3D printing terminology with gimmicks and consumer-grade technology. Switching to the use of the more descriptive and professional-sounding additive manufacturing term also helps move the focus beyond just using 3D printing for prototyping and early design work. Since printers are now available that can produce the strength and fine tolerances needed for creating finished parts and products, the new terminology helps reflect that 3D printing has more uses than were previously imagined.

Increasing demand among certain key manufacturing industries, including aeronautics and dental/medical manufacturing, accounted for a large percentage of the growth experienced by the 3D printing industry in 2017. The entry of well-known global companies like General Electric also helped fuel growth, along with a sharp increase in the total number of manufacturers of 3D printing equipment. An estimated 135 different companies produced and sold industrial level 3D printing equipment in 2017, while less than 100 companies were offering similar products in 2016.

The United States continued to account for the majority of growth and use of 3D printing services, followed by Germany. European and Asian demand and involvement within the 3D printing industry grew dramatically in 2017, with Korea and Italy in particular nearly overtaking the two countries that have been topping the 3D printing charts for years now. The United Kingdom, Saudi Arabia, and the United Arab Emirates all increased their share of the revenue produced in the 3D printing market over the course of the year as well.

Projections for 3D Printing Growth in 2018

While 2017 was a big year for 3D printing, most industry insiders expect 2018 to be even greater when it comes to the spread of involvement and growth of revenue. Some projections show an expected growth of up to $10 billion or even $12 billion in total revenue for the 3D printing industry in 2018, but only time will tell.

Now is a perfect time for entering the 3D printing industry. Expanding your company’s manufacturing services is easier than ever thanks to the proliferation of flexible and adaptable 3D printing technology that keeps emerging onto the market.