When Should You Start Prototyping? (Hint: It’s Now) 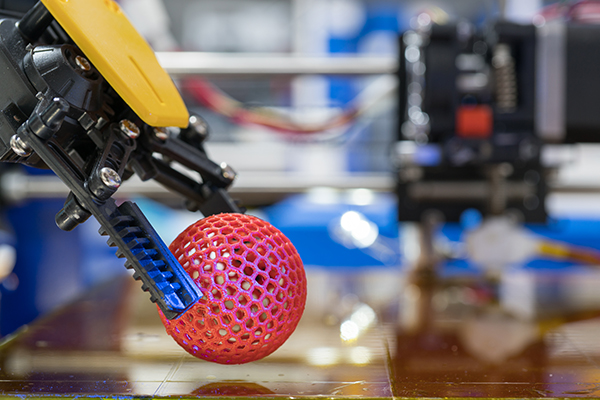 Even in the minds of experienced product and industrial designers, prototyping is often considered an advanced stage in development. While waiting for prototyping may have made sense in the past when manufacturing cycles were slower and consumer demand took longer to change, today’s fast paced markets demand faster product release calendars. You simply can’t wait years from idea to prototyping to release anymore. If you’ve got a solid idea of what your product needs to do, you’re already ready to start the preliminary steps of prototyping. Waiting until you’ve reached some finalized stage of design for prototyping will only hurt you and your product in the long run.

Prototyping Starts with an Idea

It’s a common mistake to assume you need full wire frames or finished 3D models of your proposed design before you can do any kind of prototyping. The prototyping companies listed here at the European Subcontracting Network are skilled and experienced. They can take something as simple as a sketch on a scrap piece of paper and bring your ideas into the third dimension. 3D printing in particular makes rough prototyping affordable and fast so you can hold your idea in your hand before working any further on refining its design.

Prototyping Shows You Your Mistakes

Sometimes you don’t realize what’s missing or unnecessary on a product design until prototyping lets you hold a version of it in your hands. Many designers have prototyping stories in which they had a moment of clarity as soon as they were able to interact with a physical model instead of just a digital one. If the prototype is bending when it should be rigid, you know you need thicker walls or more reinforcements.

Modeling software is advanced enough to reveal many product design problems early on, but some issues just aren’t obvious until you’ve gone through at least one round of prototyping. Even low fidelity prototypes are useful for discovering major flaws before you’re too far ahead in the design process.

Aside from helping the product’s designer or design team adjust their own work, prototyping also allows you to reach out and get help from other experts. Many designers have felt the sting of thinking they’ve completed a design only to learn that their wonderful product or part is simply impossible to machine, mold, or tool. Going back to the drawing board at this stage slows down development, inflates costs, and can sink a product that has to be released quickly. Prototyping at every stage gives you a sample to send off from evaluation so you can make adjustments for more affordable and easier manufacturing while you’re working out all the other details.

Having even a single rough prototype created used to be one of the largest single costs involved in product design. But modern prototyping relies on efficient CNC mills, 3D printers, and other equipment that is less costly to run than in the past. Buying your own prototyping equipment is still a major cost, but hiring subcontracting services to handle the work is more affordable than you think. Even independent entrepreneurs financing the product’s design out of pocket can have prototyping done without breaking the bank.

Today’s development cycles are shorter than ever, with many companies aiming to have a product released within months or even weeks of its conception. Prototyping is absolutely necessary for rapid development processes because they speed up design improvements dramatically. Early and regular prototyping allows for in-depth testing to discover flaws and find fixes for them faster. Combine prototyping with other rapid development tactics, such as concurrent design of components, digital simulations, and feasibility testing to get your product out before the competition can beat you.

Prototyping Can Be Used for Consumer Testing

Finally, prototyping allows you to involve your customers or potential consumers in the design stage. You can start holding focus groups as soon as you complete the first stage of prototyping, especially if you know there will be big changes and want a consumer’s opinion before committing to them. Many companies are shocked at how much they can learn from showing customers even the roughest mockups from prototyping.

Consumers will happily tell you how much they don’t like rounded shapes, or need more stability from the product, or would prefer it larger or smaller. You don’t need to wait until prototyping has reached a high fidelity stage just to start getting real feedback on your product.